The worth of my Charlottesville Neighborhood Pass went beyond monetary: the education I received in a fun and visual way carried the value of the pass.

There’s a deep and rich history in Charlottesville I was enlightened to discover after embarking on an overnight trip. Many important people in American history have visited the city and two of the first five American Presidents called it home for years. And I learned all about it thanks to this great pass.

These three Charlottesville historic attractions are within miles of one another. They are easy to drive to and between:

(Photo above was taken at Highland. The white structure in the distance was the home of the overseer of the house.)

What Order to Visit the Three Properties

I started my day with the location I thought may take the most time and be the most popular/crowded: Monticello. It proved to be a great idea because once you “check-in” you have to get on a scheduled tour. This is also true for Highland. (You see the third, Michie Tavern, via tour as well but it’s not as busy and I didn’t need a printed ticket with a tour time.)

Monticello was first, taking about two to three hours. I stopped at Michie Tavern for about 45 minutes and at Highland for an hour and a half to two hours.

Monticello was the retirement home of Thomas Jefferson and one of the most well-documented plantations in America. It’s a beautiful property to visit any time of year and was particularly splendid on a warm day in May I visited. The flowers were in full bloom and I welcomed a light breeze whenever it passed by!

I arrived at Monticello around 12:15pm. After finding a spot in the busy parking lot I walked to the main Visitor’s Center. I checked in with my Charlottesville Neighborhood Pass and was able to get on the next tour. An additional Monticello ticket indicated my tour time was 12:55pm.

The bus ride is a quick five-minute ride to the top of the hill. (Monticello means “Little Mound”.) After a guide shared some information on the house rules during our tour we were led inside the mansion by an incredibly knowledgeable guide.

Some of my favorite facts I learned during the tour of Monticello were:

Thomas Jefferson is an Interesting Man

Jefferson’s a fascinating figure. I admit I barely knew anything about him before the tour. I learned so much!

He could read in seven languages and was an extensive book collector. (He was in debt for a lot of his life. To get out of some debt, he sold his collection of 6,700 books to the United States government. They became the basis for the Library of Congress. Regardless, he acquired about a thousand more while he lived at Monticello!) He was also one of the tallest Presidents at 6’2” height – that’s why it’s extra humorous to see the small bed he slept in! He wrote over 19,000 letters in his lifetime and was a tried and true Francophile (lover of France and all things French from food to furnishings).

America’s third President died July 4th, at the age of 83. This was impressive because, at the time, life expectancy for Americans was only around 50 years of age. He also died 50 years to the day of the signing of the Declaration of Independence. (Wow!)

But this is just a small amount of the breadth of information I learned! You’ll learn much more if and when you go.

Additional Tours and Points of Interest at Monticello

There were additional tours included with the Charlottesville Neighborhood Pass at Monticello. One that particularly caught my attention was the garden tour. I didn’t have time to stay, unfortunately, but I recommend it to you if you can manage it for your schedule. There’s also a slavery tour and a seasonal archeological tour.

You can take the bus back downhill to the Visitor’s Center or walk. It was a short walk on a beautiful day to Jefferson’s grave so I opted for this instead of the bus. This is where you can see not just his tomb but also the headstones for several family members. It’s all well explained on a plot map you can view through the wrought iron fence.

There’s a great cafe on the property too and free wifi in the Visitor’s Center area. I recommend having lunch there or bringing your own to picnic at an outdoor table. It really is a lovely environment to spend some time in! There’s a museum on the property as well that’s worth a quick walkthrough.

This stop is a bit quicker than the other two. It’s an old tavern that was around during the 19th century. It was a stop for people to have a meal (and today you can eat lunch there too!). Or to rest and stay overnight, liken to how a modern-day hostel works.

The tour was given by a cute retired southern woman who was very informed about the building and its artifacts. I enjoyed learning that, back then, tea was sent over from Europe in bricks that you would chip leaves off of. How cool is that?

They have a gift shop on the property and a general store that’s a five-minute walk away. There’s plenty of parking in a lot right in front of the main attraction.

The last great bit of information I have on Michie Tavern is this: it’s pronounced Mickey! This is because the “ch” sound in Scottish is pronounced as a hard “k”, must like “Lochness Monster”. The owner of the tavern was Scottish, as was his name.

Highland seems a bit like a “small potatoes” attraction compared to Monticello. But I love that the three attractions round out a great Charlottesville Neighborhood Pass ticket. My real connection and discovered interest in Highland, as James Monroe’s former home, was Monroe’s connection to Jefferson.

The property is 535 Acres today but was a sprawling 3,500 acres when Monroe lived there. (It’s owned by the college Monroe attended today, William & Mary. The property was willed to them in the 1970s.)

Monroe was the nation’s fifth President from 1817-1825 and was very close with Jefferson. He’s best remembered for the “Monroe Doctrine,” which, simply put, said the western hemisphere is closed to colonization. He was also considered the grandfather of geopolitics and established a good relationship between France and the United States, in particular.

When you arrive head to the gift shop; the cashier is also the ticket operator. You’ll then receive a tour time. If you have time before or after the tour walk around a bit. One view from the property is especially stunning but you have to venture just a little bit to find it.

The yellow house that’s still standing is a farmhouse from the 1870s, built by an owner after Monroe. There is a small white house attached to this structure (behind it in the photo) that is the guest house. The White House wasn’t yet built or completed at the time and Monroe knew he’d need accommodations to receive prominent guests. Thus this guest house was built in 1818, during Monroe’s Presidency, for that purpose.

Though his original home isn’t standing there are stones in front of the yellow house marking its assumed footprint. Our wonderful tour guide thoroughly explained the techniques used by archeologists to study the property. (They have grand plans over the next decade or so to move the guest house and recreate Monroe’s original home.)

Jefferson was the one who recommended the site to Monroe for his home. As our guide described it, Monticello is simply one mile “as the crow flies.” All one has to do to get there is head straight from the brick path, over the gardens towards Carter Mountain, to Monticello! His point, being, the homes were even closer on horseback than today.

The tour takes you inside the guest house that’s been redecorated. It has some of Monroe’s original furniture pieces (he was also a Francophile) and also many things that are recreations from the time. (*Please note photography is not permitted inside the house unless you have received prior approval from Highland for media purposes.*)

Fascinating Facts Learned on the Tour of Highland

Some really interesting things I learned on the tour were:

Please note: We thank Charlottesville Albemarle Convention & Visitors Bureau for generously hosting us. All the opinions in the post are ours and we bring you genuine content with real facts, photos and thoughts. Always.

Which of the three attractions would you stop to visit first? 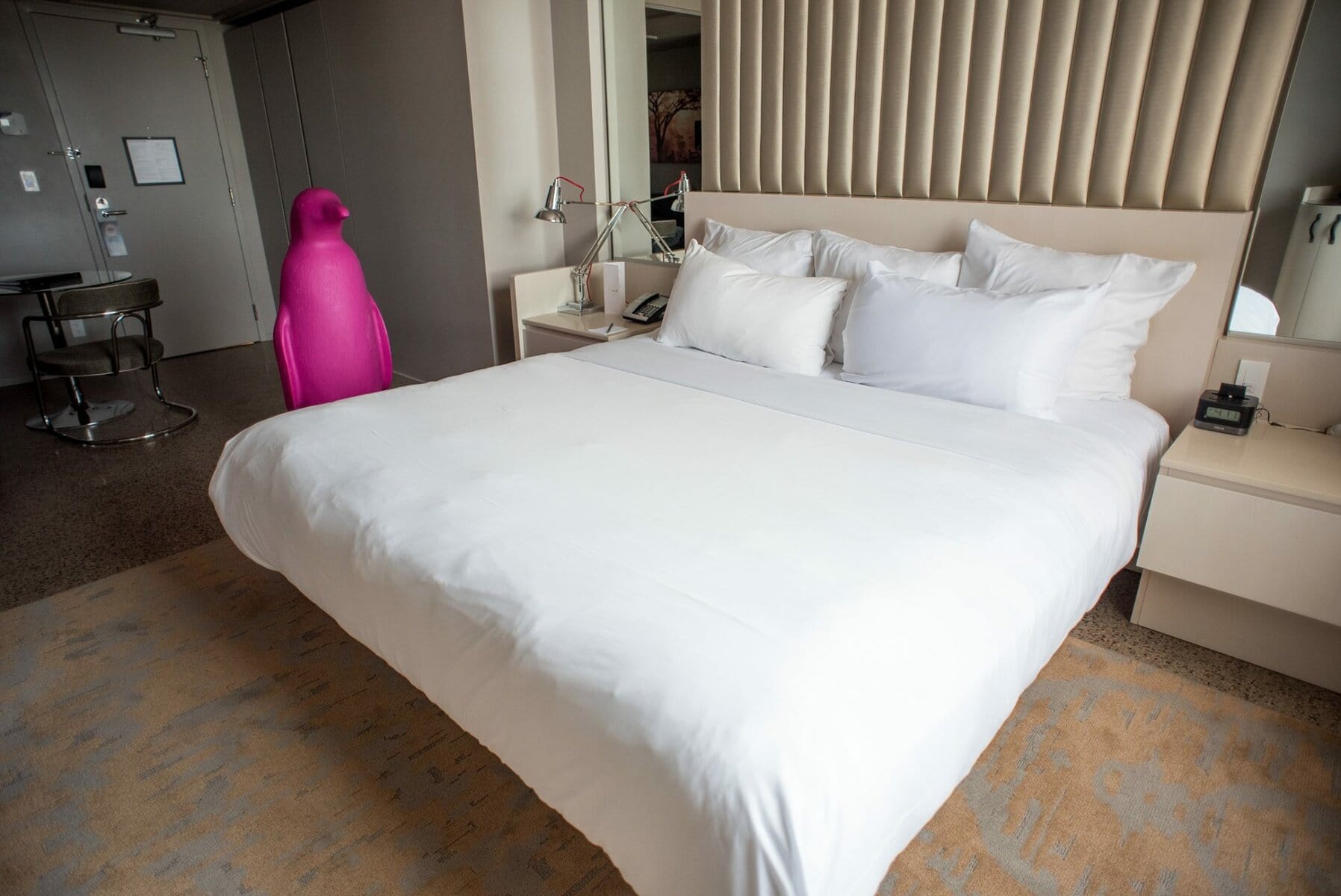 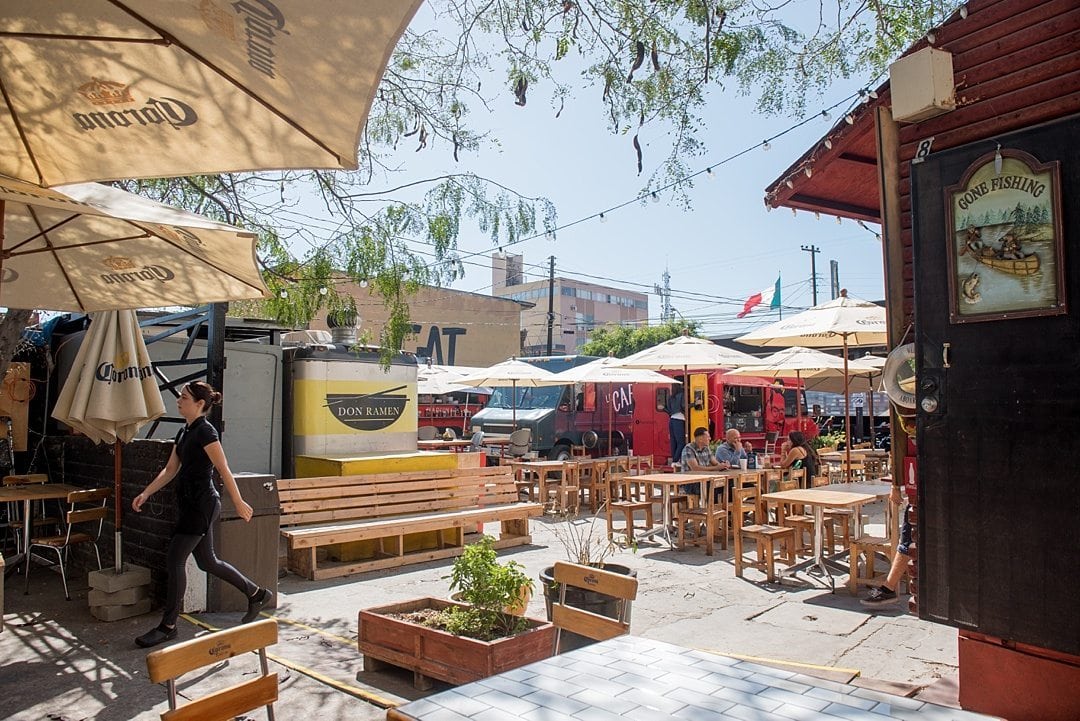 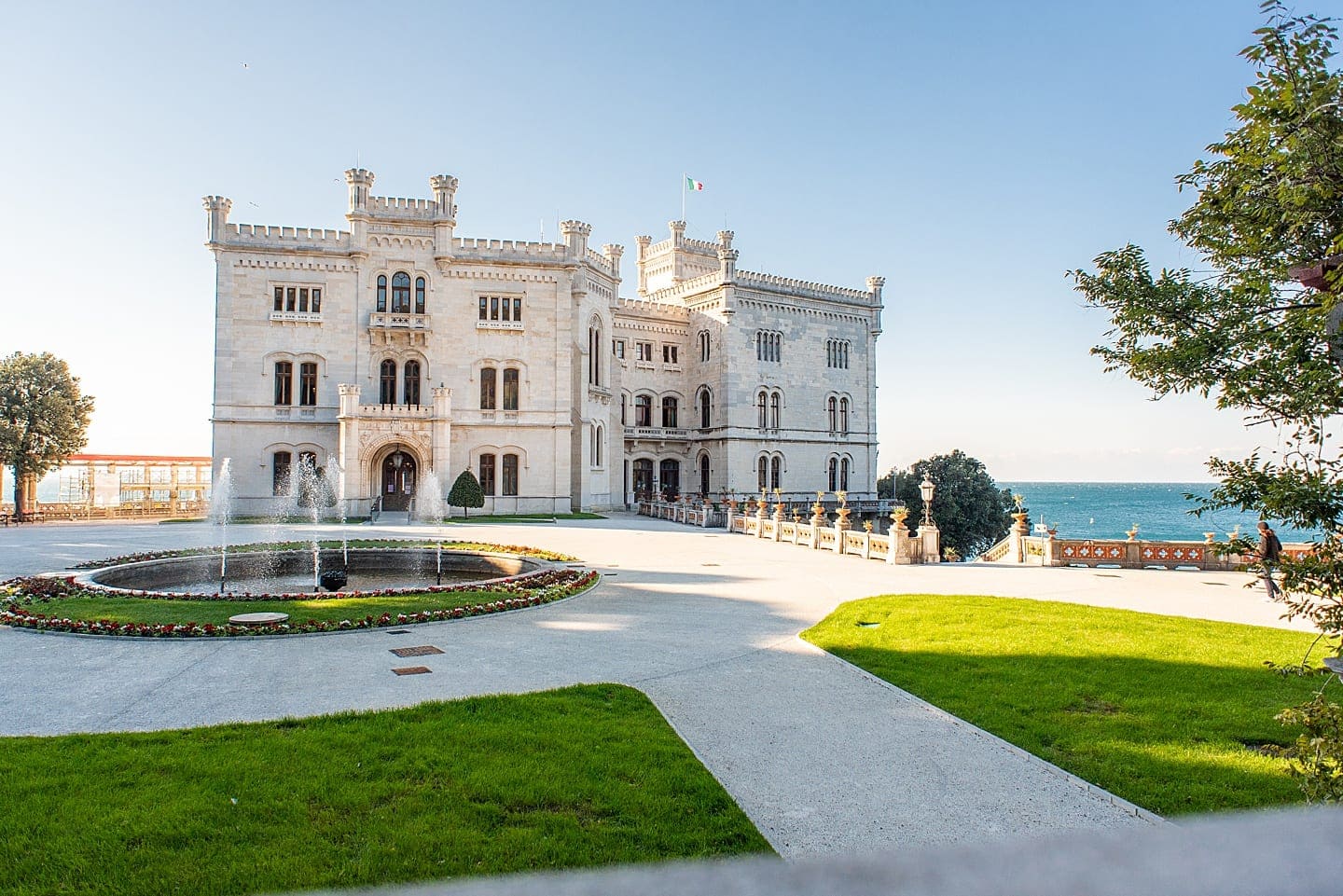 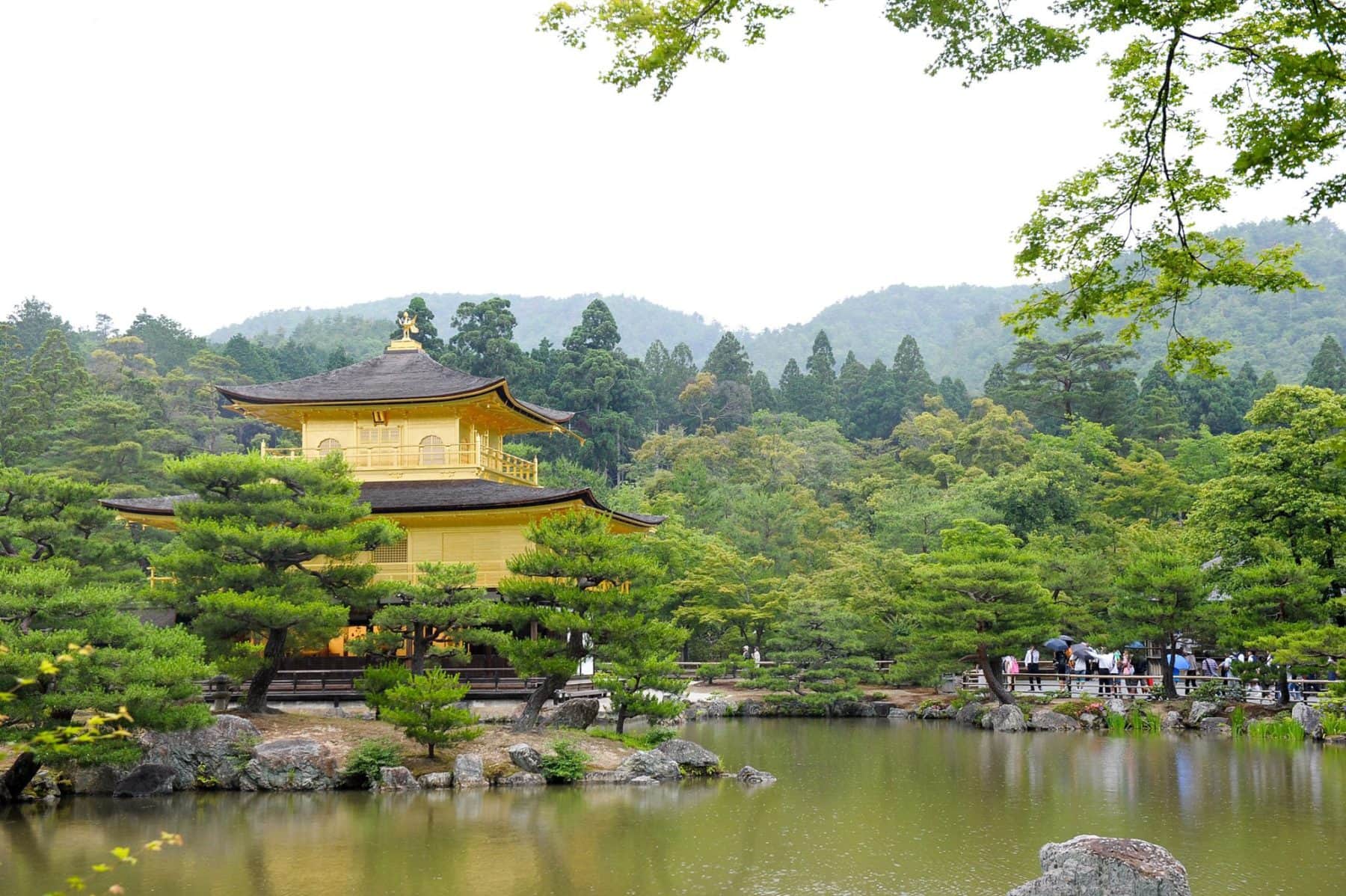 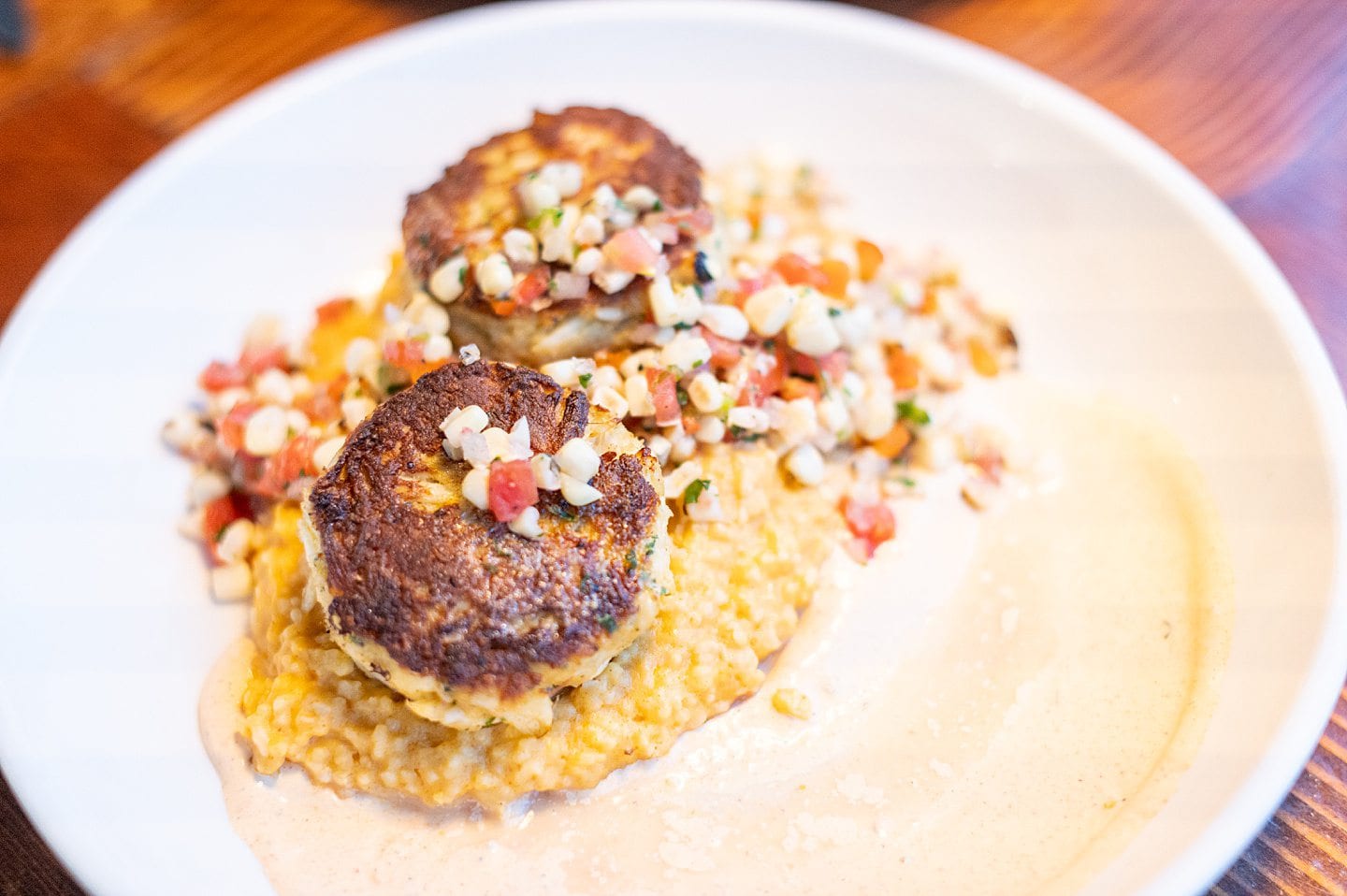